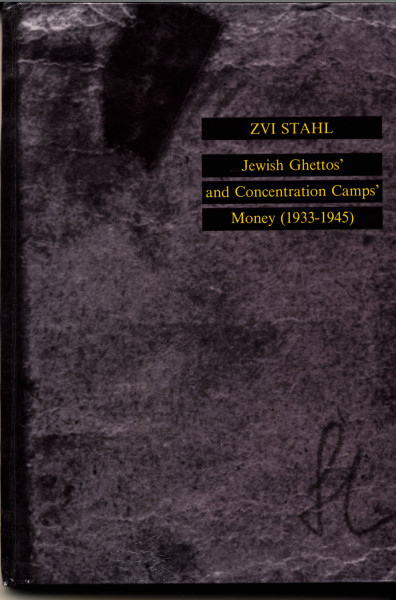 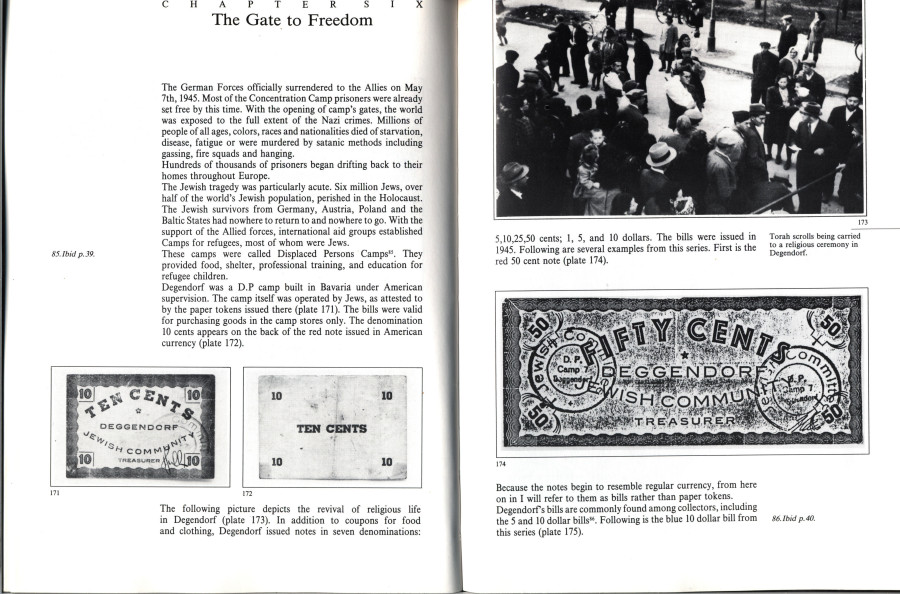 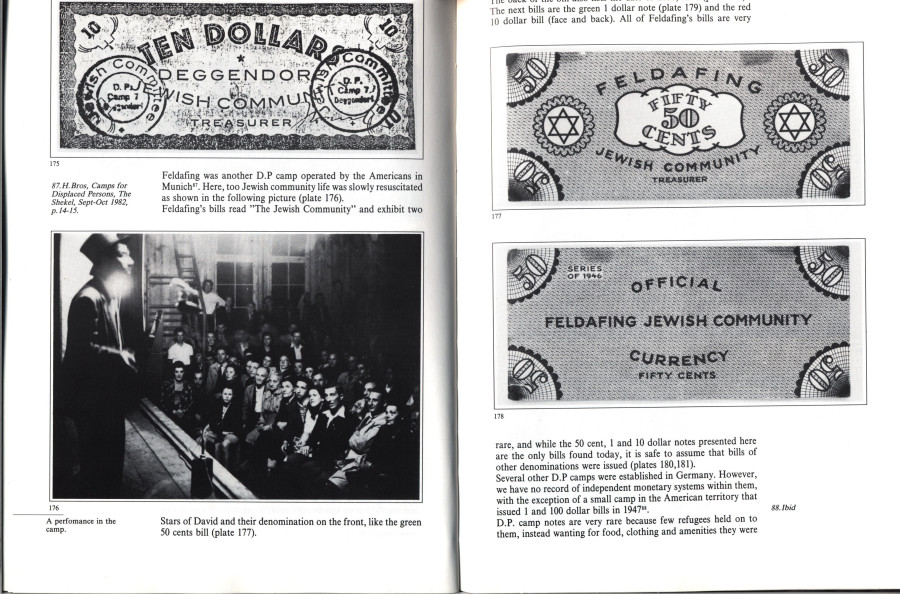 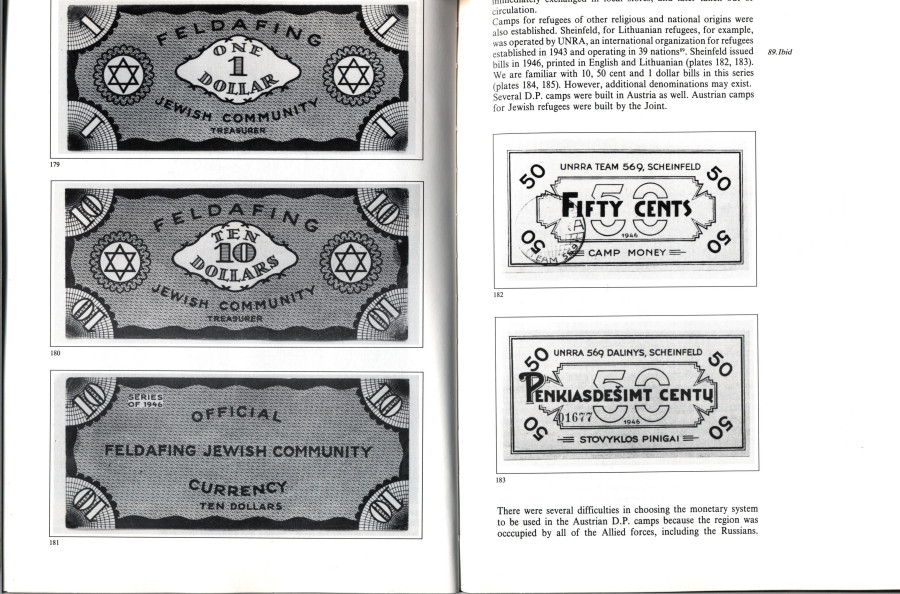 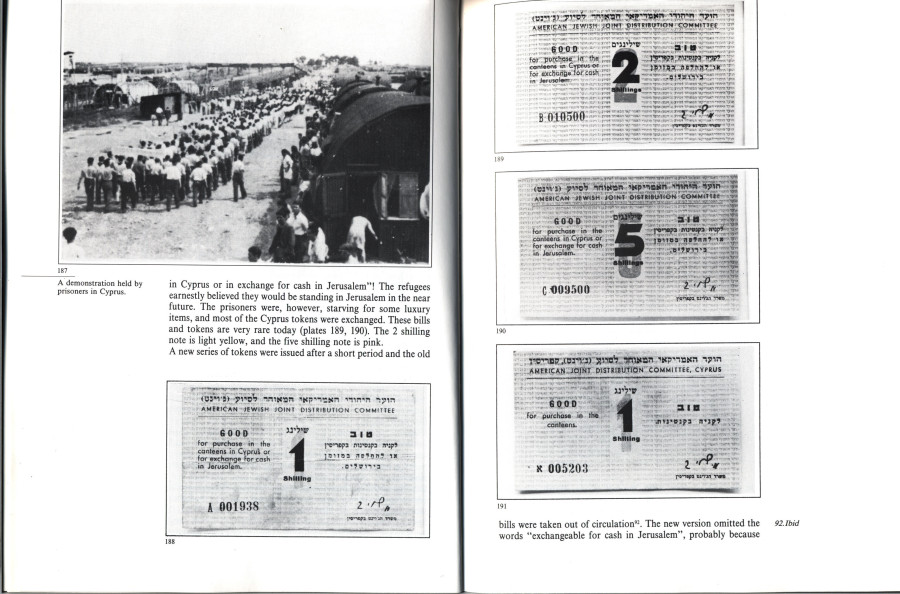 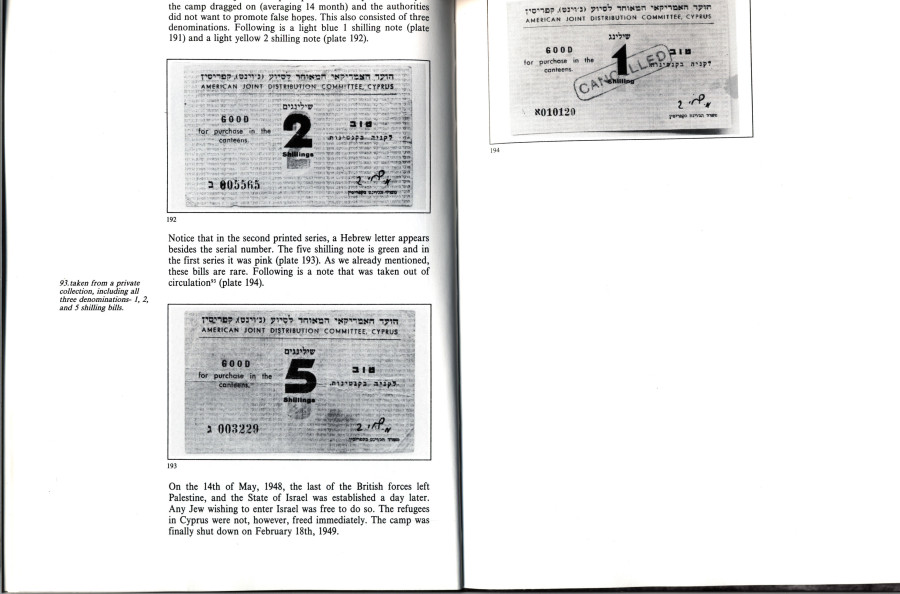 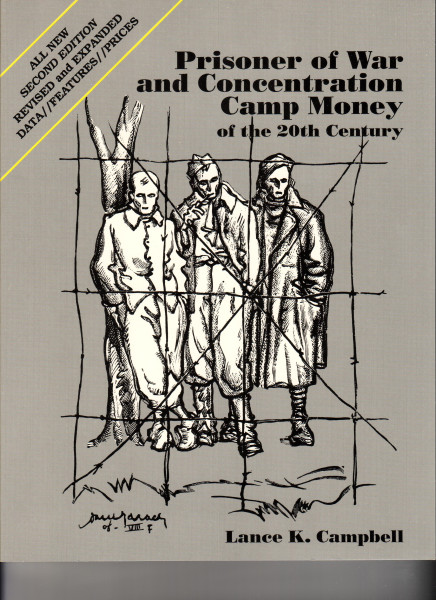 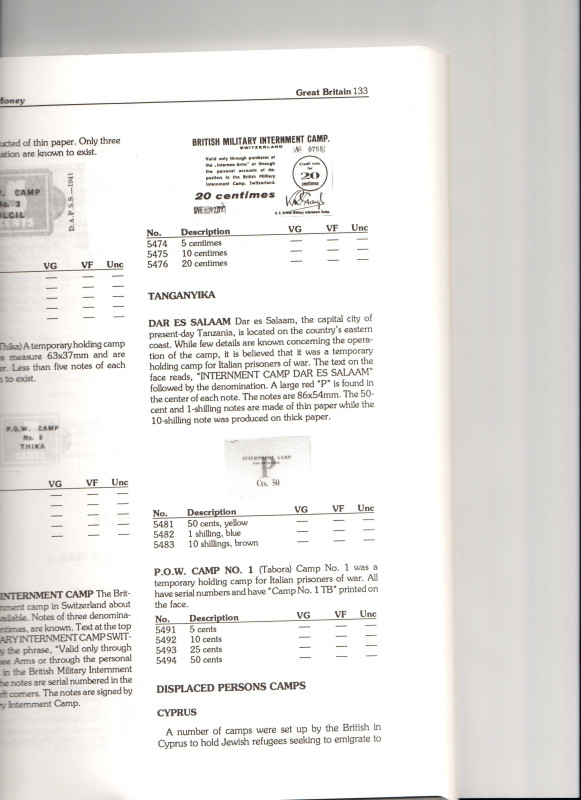 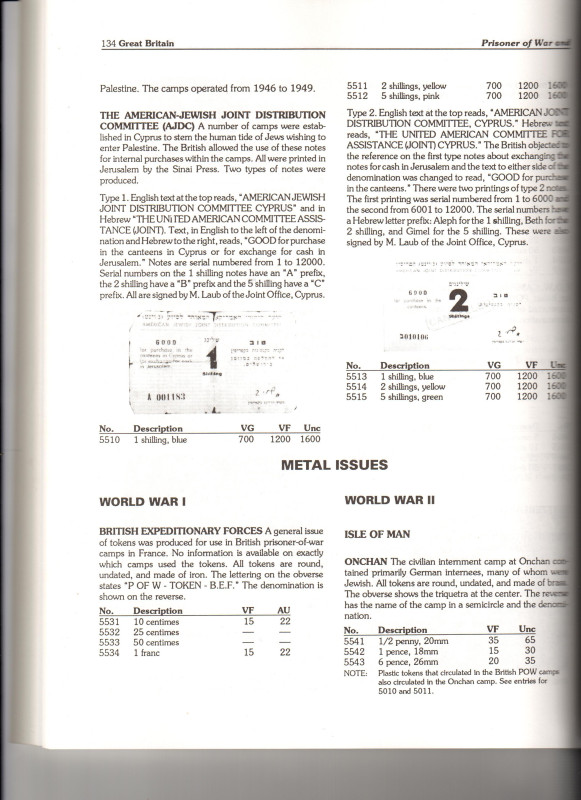 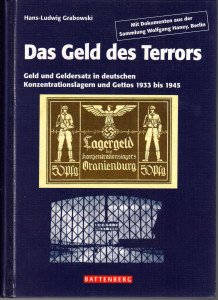 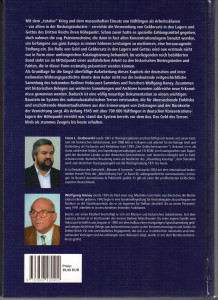 The Gate to Freedom

The German Forces officially surrendered to the Allies on May 7th, 1945. Most of the Concentration Camp prisoners were already set free by this time. With the opening of camp's gates, the world was exposed to the full extent of the Nazi crimes. Millions of people of all ages, colors, races and nationalities died of starvation, disease, fatigue or were murdered by satanic methods including gassing, fire squads and hanging.

Hundreds of thousands of prisoners began drifting back to their homes throughout Europe.

The Jewish tragedy was particularly acute. Six million Jews, over half of the world's Jewish population, perished in the Holocaust. The Jewish survivors from Germany, Austria, Poland and the Baltic States had nowhere to return to and nowhere to go. With the support of the Allied forces, international aid groups established Camps for refugees, most of whom were Jews. These camps were called Displaced Persons Camps. They provided food, shelter, professional training, and education for refugee children.

Degendorf was a D.P camp built in Bavaria under American supervision. The camp itself was operated by Jews, as attested to by the paper tokens issued there (plate 171). The bills were valid for purchasing goods in the camp stores only. The denomination 10 cents appears on the back of the red note issued in American currency (plate 172).

The following picture depicts the revival of religious life in Degendorf (plate 173). In addition to coupons for food and clothing, Degendorf issued notes in seven denominations: 5,10,25,50 cents; 1, 5, and 10 dollars. The bills were issued in 1945. Following are several examples from this series. First is the red 50 cent note (plate 174).

Because the notes begin to resemble regular currency, from here on in I will refer to them as bills rather than paper tokens. Degendorf s bills are commonly found among collectors, including the 5 and 10 dollar bills86. Following is the blue 10 dollar bill from this series (plate 175).

Feldafing was another D.P camp operated by the Americans in Munich87. Here, too Jewish community life was slowly resuscitated as shown in the following picture (plate 176). Feldafing's bills read "The Jewish Community" and exhibit two Stars of David and their denomination on the front, like the green 50 cents bill (plate 177).

The next bills are the green 1 dollar note (plate 179) and the red 10 dollar bill (face and back). All of Feldafing's bills are very rare, and while the 50 cent, 1 and 10 dollar notes presented here are the only bills found today, it is safe to assume that bills of other denominations were issued (plates 180,181).

Several other D.P camps were established in Germany. However, we have no record of independent monetary systems within them, with the exception of a small camp in the American territory that issued 1 and 100 dollar bills in 194788.

D.P. camp notes are very rare because few refugees held on to them, instead wanting for food, clothing and amenities they were immediately exchanged in local stores, and later taken out of circulation.

Camps for refugees of other religious and national origins were also established. Sheinfeld, for Lithuanian refugees, for example, was operated by UNRA, an international organization for refugees established in 1943 and operating in 39 nations89. Sheinfeld issued bills in 1946, printed in English and Lithuanian (plates 182, 183). We are familiar with 10, 50 cent and 1 dollar bills in this series (plates 184, 185). However, additional denominations may exist. Several D.P. camps were built in Austria as well. Austrian camps for Jewish refugees were built by the Joint.

There were several difficulties in choosing the monetary system to be used in the Austrian D.P. camps because the region was occcupied by all of the Allied forces, including the Russians.

The Austrian bills therefore only listed denominations, without mention of any specific monetary value. Following is an example from a D.P. camp operated by the I.R.O (International Refugee Organization, replacing UNRA's supervision from 1948 on), but the same system was adopted by the camps supported by the Joint.90 (plate 186).

The Jewish refugee camps built in Cyprus and the monetary system established there is a tale unto itself. Thousands of Jewish refugees requested permission to enter Israel, then Palestine, held under the British Mandate. For political reasons, however, the British Mandate barred Jews from entering the country. Humanitarian considerations placed second in the British Crown's considerations. Despite the 1500 immigration quota set by the British authorities, thousands of Jews reached Palestine's shores by land and by sea. The illegal immigration was continuously confronted by the British fleet and British police forces in Palestine itself.

Jews caught while entering the country in clandestine were sent back to camps in Cyprus, which was still under British colonial rule. The camp built in 1946 near the port city Famagusta was divided into two: Dekelia and Krolos. The British allowed small groups of legal immigration from these camps, and numerous other Jews escaped them, re-attempting to immigrate illegally (plate 187).

The prisoners and world Jewry were outraged by the fact that these camps were surrounded by barbed wire and guarded by armed British soldiers. While the refugees were not treated badly in these camps, the scene was all to reminiscent of the Nazi camps from which they escaped. Following negotiations with the British authorities on the Island, the administration and operation of the camp was handed over to the Joint". Morris Laub from the Joint was appointed director of the camp, and he introduced a staff of doctors, social workers, teachers and mechanics. The staff of outside workers ranged from 40-400 depending on the refugees* needs and the size of the camp's population, which varied between 10,000-35,000.

Hospitals and schools, professional training courses and an autonomic monetary system were set up in the camp. The paper tokens, issued in British currency, were distributed as wages. Food, clothing, housing and other elementary goods were provided free of charge.

The first series of notes was probably issued in 1946, or at the beginning of 1947 in three denominations: I, 2, and 5 shilling notes. Following is the light blue 1 shilling note (plate 188). Beside the denominations, (printed in English and Hebrew) and the director's signature, the tokens read "redeemable in stores in Cyprus or in exchange for cash in Jerusalem"! The refugees earnestly believed they would be standing in Jerusalem in the near future. The prisoners were, however, starving for some luxury items, and most of the Cyprus tokens were exchanged. These bills and tokens are very rare today (plates 189, 190). The 2 shilling note is light yellow, and the five shilling note is pink. A new series of tokens were issued after a short period and the old bills were taken out of circulation92. The new version omitted the words "exchangeable for cash in Jerusalem", probably because of the British objections or perhaps because the prisoners’ stay in the camp dragged on (averaging 14 month) and the authorities did not want to promote false hopes. This also consisted of three denominations. Following is a light blue 1 shilling note (plate 191) and a light yellow 2 shilling note (plate 192).

Notice that in the second printed series, a Hebrew letter appears besides the serial number. The five shilling note is green and in the first series it was pink (plate 193). As we already mentioned, these bills are rare. Following is a note that was taken out of circulation93 (plate 194).

On the 14th of May, 1948, the last of the British forces left Palestine, and the State of Israel was established a day later. Any Jew wishing to enter Israel was free to do so. The refugees in Cyprus were not, however, freed immediately. The camp was finally shut down on February 18th, 1949.